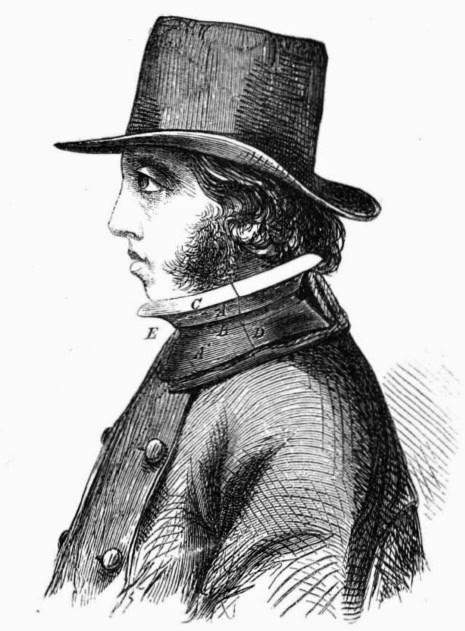 G is for - Garrote - The early Victorian constables were issued with high neck leather collars to wear on duty, as the garrotte ( a length of wire or chord) became a favourite weapon, post Napoleonic wars - they were cheap, easy to make and easy to conceal. Many constables were attacked in such a way, leading to the need for this early personal protection equipment.

G is for Growler - a four wheeled carriage. The height of sophistication in Victorian travel. Luxury carriages became the norm for the wealthy, and high quality, polished and often, monogrammed carriages were the equivalent of today's luxury cars. The sound of four wheels on the cobbled roads gave it the slang name.

G is for Garden Street / Green Street - Leicester, the heart of the Rookeries, the densely populated slums of Victorian Leicester, and these two streets were notorious as the heartland of the Irish settlers in the Borough, and the dark alleyways and small courtyards that were so difficult to police. The home of criminals, bruisers galore, not a healthy place for 'The Borough Boys' to venture unless in numbers.