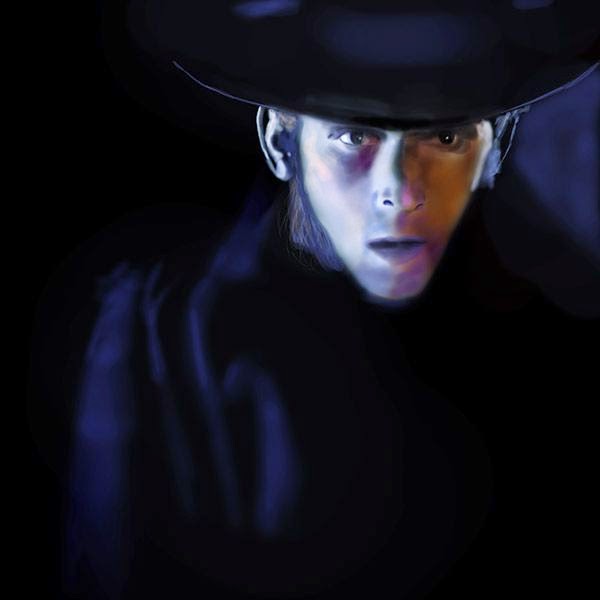 S is for - Samson Shepherd. How could I not start the S selection without him, as my main character? He may be a slowly emerging 'main' character, but believe me, there is a lot more of Samson to come... So, a bit about him...


This is the commissioned artwork by Simon Marchini that forms part of the cover for my 'Borough Boys' series of novels. This is the man I wanted, just as I wanted him to look! Copyright Simon Marchini (c) 2013
Constable Samson Shepherd is the central character of my present series of stories - in my first novel he makes his initial impact on Policing in the Borough of Leicester.

At 25 years of age, Samson was brought up in Sutton Bonington, just over the Leicestershire border inside Nottinghamsire, where he lived with his parents and siblings.

His father, a heavy drinking and violent agricultural labourer, has caused Samson to learn to fight, and Samson has become a seasoned pugilist, primarily to protect himself, his mother and his siblings.

A keen artist and fisherman, he moved to Leicester, to join the Borough Police. This was as a result of the death in service of his uncle George, one of the original fifty constables in the Force, during Chartist riots in 1842.

Samson is tall, red headed (don't call him ginger!), strongly built, with a sharp brain, and hard hands. A twice broken nose gives him a noticeable appearance, young and soft, but with something more hardened suggested.

Keen to learn, quick to observe, and with an impressive memory, he is destined to become one of Leicester Police's finest.

Teamed up with his mentor, former Sergeant John Beddows, now reduced in rank for a past fondness of 'the drink', they are to make a formidable pairing. Beddows is a street hardened cop with loads of experience, and knows all the ropes.

They will learn from each other and grow into a notable crime fighting team!

Samson has a female interest, the stunningly beautiful Sally Brown, life model to local artist John Flowers. Sally is dark, sinewy and flirtatious, and has a thing about Samson.

S is for - Salt box... this is Victorian slang for the condemned cell, a normally pokey and harsh room where prisoners spend their last days or hours until they meet Jack Ketch.

S is for - sneeze lurker... a thief or robber who throws snuff into a victim's face to disorient him.

S is for - spike... a workhouse. The old Leicester workhouse on Sparkenhoe Street became the Hillcrest Hospital. In 1976 when I joined the Force, only a single story unit remained for down and outs to get a dry bed and board - and it was always cold, smelly and dirty. It was always called 'the spike' and now I know why!